ZACK SNYDER CONFIRMS BATMAN & SUPERMAN WILL BE PLAYED BY DIFFERENT ACTORS IN JUSTICE LEAUGE MOVIE! NO BALE OR CAVILL! 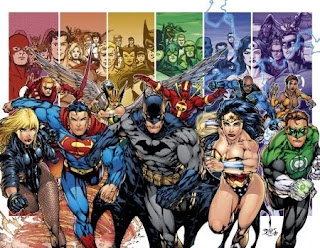 Snyder Confirms: Neither His Superman Nor Chris Nolan's Batman Will Appear In The Justice League Movie
The lads over at HeyUGuys had a chance to chat to Snyder at the UK premier of Sucker Punch last night and the director made it clear that the planned Justice league movie will be "it's own thing". Updated with video and pic of Henry Cavill at the premier..
Since news broke that DC and WB were planning a Justice League movie we were all left wondering exactly how the current incarnations of the characters associated with the team would fit in, if at all.

HeyUGuys asked Zack Snyder the very question of his upcoming take on Superman..

‘It doesn’t. Like what Chris Nolan is doing and what I’m doing with Superman, what they’ll do with Justice League will be it’s own thing with it’s own Batman and own Superman. We’ll be over here with our movie and they kinda get to do it twice which is kinda cool’

Kinda cool, but also This probably means the same for Ryan Reynolds as Green Lantern. This Justice League movie sounds just like an updated version of the last one(Justice League: Mortal) that was planned, which would have also featured different takes on the characters. Anyway, looks like thing are as they are and we should just wait and see what these guys can deliver. http://www.youtube.com/watch?v=2uEgIONT2vo
Posted by SuperKAL at 7:06 PM