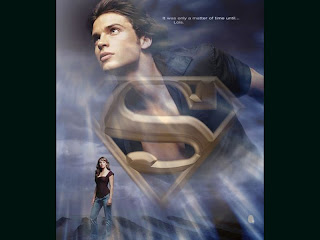 Ryan in North Miami, Fla.: OK, Kristin, let’s try this one more time please. I would really like to know if Smallville is being renewed for a 10th season or even if the CW is considering it. I would be forever and eternally grateful if you would at least try and find out. I would even tell my sister to name her next kid after you.

Here’s hoping it’s a girl! I have it on good authority the CW most definitely wants a 10th season. Smallville is kicking gluteus maximus in the ratings.

The actors who are currently safe for Season 10 are:

Allison Mack – Only season 9 (Not safe)

Callum Blue – Likely for only this season, not confirmed yet.

Justin Hartley – Safe, unless he get’s his own “Green Arrow” show.
0 Comments. Leave a comment.
Share/Bookmark
0 I like this